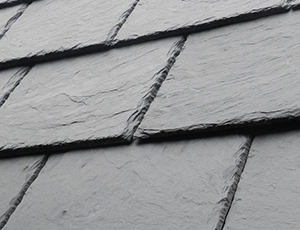 Different factors will determine when your roof needs replacing

Roof replacement varies according to a number of factors such as the age and condition of roofing materials used on the roof, the exposure of the roof to the weather and the construction of the roof.

When to replace a felt flat roof

Flat roofs were, until the 1990s, usually constructed from roofing felt - either torch on roofing felt, or pour and roll roofing felt (usually nailed down onto the roof).

The lifespan of roof felt varies widely depending on the grade and quality of flat roof felt used, and can be anything between 2 years and 20 years.

Often, felt flat roofs are laid with the emphasis on keeping costs down, so the most economical grades of felt are used which, as you would expect, have the shortest lifespan.

The premium grades of roofing felt, are supplied by specialist roofing materials suppliers such as About Roofing Supplies, and are usually laid by professional contractors.

Roofs constructed using the premium, professional grades of roofing felt will be built up using multiple layers and types of felt. These will typically be guaranteed by the manufacturer to be durable for 10 years to 20 years, with an expected lifespan of another 5 years to 10 years. Find out more about these products here.

The areas most prone to leaking on felt flat roofs are the joints, known as 'laps'. Water gets in through the joints over time - particularly if rain pools into puddles on the roof and does not drain away, Once water has penetrated onto the boards below, these expand, trapping the moisture and as they do so the roofing felt pulls away from the roof boards which only makes water ingress more likely, eventually leading to failure.

Ideally a flat felt roof should be regularly inspected for leaks (at least annually) and these should be repaired as soon as they are identified.

Over time the roofing felt will deteriorate and will become more brittle and prone to cracking and leaks, due to the action of the sun, UV exposure and weather, and replacement of the felt, and the boarding underneath, will be unavoidable.

Typically, when felt flat roofs start leaking, this is an indication that they are reaching the end of their lives and replacement should start to be considered, as repairs should be viewed as a short term solution.

When to replace a GRP flat roof

GRP roofs typically have a manufacturers guarantee of 20 years, and an expected lifespan of at least another 10 years.

Assuming that these roofs were laid correctly in the first place they are very resistant to leaks, however the initial laying of a GRP flat roof is more challenging than many installers anticipate and leaks are usually due to installation errors rather than the GRP roof reaching the end of its useful lifespan.

Assessing the cause of a leaking GRP flat roof can be quite challenging due to the seamless construction of a GRP roof, however where the leak has been identified, repair can be relatively straightforward. Find out more about these products here.

If repairs to small areas of a GRP roof do not resolve the leak, then consideration should be given to replacement of the entire roof, as it is likely that the root cause of the issue is installation error (use of boards that were not completely dry during installation for example), and the only solution will be replacement of the entire GRP roof.

We supply a range of products which can be painted onto flat roofs to extend their lifespan.

Products, such as Cromapol, are waterproof paints that are liberally painted onto areas where leaks are known or suspected, or the deterioration of the roof is visible, and are short terms solutions used to address leakage temporarily (for a few years only).

These products do not have a guarantee because they are dependant upon the condition of the existing roof, however typically they will extend the lifespan of a flat roof by up to 5 years. Find out more about these products here.

When to replace a pitched roof

Pitched roofs can be constructed from a wide variety of materials such as clay roof tiles, concrete roof tiles or roofing slates. A leaking pitched roof can be caused by failure of the tiles or slates due to ageing, leaks from flashings, or water ingress through the verges.

When to replace a clay tile roof

Modern clay roof tiles are typically supplied with a 30 year manufacturers guarantee, however in many instances clay roof tiles are in usable condition after 100 years, and we have seen examples of clay roof tiles that are in excess of 200 years old and still have many years life left in them! Older (pre 1980s) clay tiles can be susceptible to frost damage, which leads to the tile cracking and leaking. This is because older roof tiles were rarely manufactured to the high standards that modern roof tiles are subject to. The rigorous UK and EU standards that we rely on in the 21st century are in place to ensure that modern roofing materials provide a log service life.

If your clay roof tiles are breaking up, this is a sure sign that the roof needs replacing, and often once a few tiles start cracking, examination of the rest of the roof reveals that many of the other tiles are cracking and need replacing promptly.

When to replace a concrete tile roof

Concrete roof tiles are cheaper than clay roof tiles, and were the primary roof tile of choice for rebuilding the roofs of Britain after the Second World War, right up until the 21st Century, when the benefits, and narrowing of the cost differential, lead to clay roof tiles becoming as popular as concrete tiles.

The cost saving made on concrete tiles is reflected by their much shorter service life than clay roof tiles. Whilst still being in good condition after 50 years is not uncommon, concrete roof tiles in serviceable condition after 60 years to 70 years are a rarity.

Concrete tiles are vulnerable to frost in the same way as clay roof tiles, but are also far more susceptible to erosion due to wind and rain which leads to thinning and cracking of the roof tile.

Usually the first indication that concrete roof tiles will need replacing soon is when they look very pale. This is because the surface coating has worn away leading to gradual delamination, usually due to the effects of the wind and weather.

When to replace a slate roof

Roofing slates, like clay roof tiles, have very long lives with many roof slates from leading manufacturers such as SSQ, currently being offered with guarantees between 75 years and 100 years.

Older slates - particularly Welsh slates can often last in excess of 200 years, and are relatively unaffected by the weather - after all they have survived millions of years underground before being quarried and shaped into roofing slates!

However, when roof slates start to delaminate or crack - often as a result of frost damage - this should be seen as a clear sign to replace them.

Usually just replacing the cracked slates is just a temporary solution, as usually they all fail at a similar time, so cracking and delaminating should be seen as an indicator that the roof will need to be replaced.

Further details of our slate range can be found here.

When to replace a leaking roof

A common cause of leaks is from lead flashing around windows, bay windows and chimney pots, where it is chased into the brickwork and the chase is then filled with mortar.

Over a relatively short period of time, the thermal expansion of the lead leads to the mortar cracking and water gets into the joints. This is easily repaired using Flashpoint Lead Sealant - further details of which can be found here.

The brickwork that chimneys are constructed from is vulnerable to both damp and to leaks from the soakers and flashing around the edges. This is often treated with a masonry sealant to waterproof the brickwork - details of which can be found here.

A common cause of leaks on tiled and slate roof is from the verges: Until recently the verges on tile and slate roofs were filled with mortar which cracked over time leading to leaks - indeed this used to be the leading source of warranty claims on new properties submitted to the NHBC.

The Building Regulations were amended in 2018 with the addition of BS 8612: Dry Fixed Ridge, Hip And Verge Systems to require all new properties, and re-roofing and repairs of existing properties, to be constructed with plastic dry verges, which are mechanically fixed to the roof and will stay waterproof for the life of the roof. Further information on these products can be found here.

Where can I buy roof tiles near me?

Is your roof in need of replacing? About Roofing Supplies stock a large range of roofing materials including concrete and clay roof tiles. Our roof tiles are not only hard wearing and versatile but are offered at affordable prices.

Why not visit one of local branches below, or we also offer a nationwide delivery service: