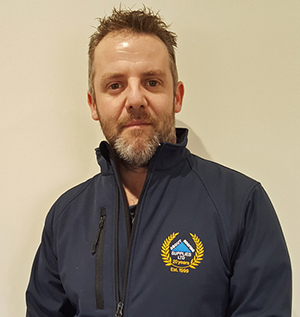 In this, the first of the special interviews that we will be sharing to celebrate our 20th year in business, we have spent some time with Mark who is the Branch Manager at our Dorking branch.

At only 45 he has been with About Roofing Supplies for most of his working life! 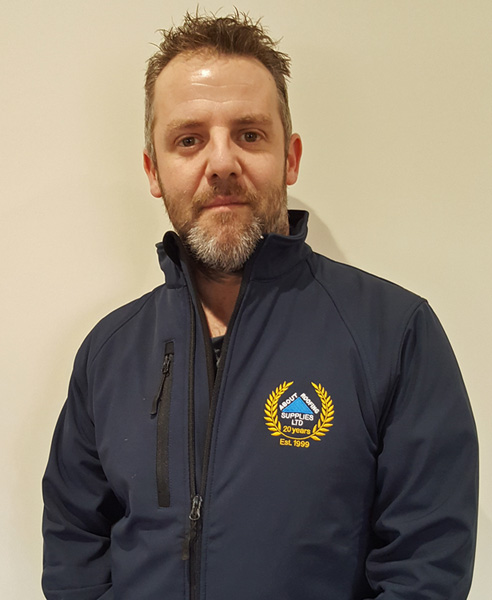 Q: About Roofing Supplies opened the doors of our branch at Esher in Surrey to customers in February 1999 – when did you start working for the company?

It would have been in March or April that year.

Q: And you were the first employee?

Yes, I was the first member of staff apart from the Directors who started the company to begin with.

Q: So you have been with the company for 20 years: What job did you start doing, and how have you got to where you are now?

I was actually taken on to work part time for two days a week, as the company had not been open for long and no one was sure that there would be much for me to do.

Initially I was helping in the yard and delivering goods on the small truck that we had then – by hand of course as we did not have a lorry with a crane to begin with.

In my second week I worked for three days, and in my third week I went full time – it got very busy very quickly!

After a few months I was put through my HGV training, and I then drove HGVs for the company for the next four years.

I left briefly, before coming back to work with Garrett (Courtney our Sales Director) at our new, as it was then, Redhill branch.

After a spell driving again, I was promoted to Assistant Manager of our Redhill branch, and then became Branch Manager of our Dorking branch three years ago.

Q: What is it about the company that has made you stay for so long?

I like that it is family run and still independent. I knew two of the Directors when we were all at school together, so it feels that I am working with the guys who own About Roofing rather than for them. It’s a family, which although it is a cliché is true in this case. I also like that you are valued as an individual – too many people work for companies where they are ‘just a number’. At About Roofing I matter……we all matter.

Q: What, in your opinion, is the best thing about this company?

Apart from my answers to the last question, I like the opportunities that I have been given to advance personally. As the company has evolved, I have been given the chance to do jobs that are different than the job that I was originally employed to do – not many companies do that these days.

Q: What would you say is your proudest achievement at work?

Becoming Branch Manager of our Dorking branch. I never dreamt when I started in the yard at our Esher branch as a young lad that one day I would be the manager of another branch.

Q: What does this company mean to you?

Everything really! There is nothing worse than waking up and dreading the working day ahead – I enjoy coming to work. Every day has its challenges, but I enjoy that – it’s never boring!

Posted in Latest News and Our Stories